The Brew Foundation is a father and son team obsessed with creating the most drinkable beers on the planet.

What started as an idea (after many years researching) soon became a reality when the opportunity to cuckoo brew out of a great existing micro brewery in Wincle.

Lots of flavour, chestnut in colour and satisfying to drink. 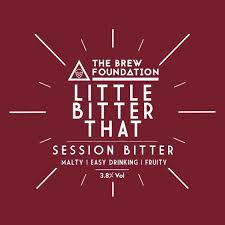