In the spring of 1872, August Kuentzmann Damm & his wife Melanie left their native Alsace because of the Franco-Prussian war. They chose to move to Barcelona.

In 1876 August founded his beer company in order to continue doing what he had always done: produce beer, which is exactly what his children and grandchildren after him continued to do. Right up to the present day, eleven generations of Master Brewers.

Inedit was created in 2008 by Ferran Adrià, and his team of sommeliers from elBulli who believed in the need for a beer to accompany and compliment the varied flavours found in modern gastronomy.

Uniquely brewed to create a complex aroma and opaque appearance, a floral nose leaves a sensation of fresh yeast and sweet spices. Lightly carbonated with a creamy texture, the soft full body leaves a long and lasting finish. 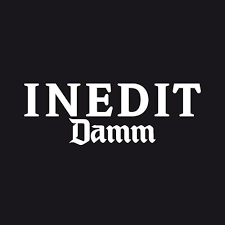